Sold for scrapping 1977 to Rotterdam The Netherlands. Two main engines removed and anchor gear. In 1978 the boy’s scouts of Haarlem bought the ship as a replacement for there WW2 wooden minesweeper Putten. In 1984 able to run main engines and until 2001 50 voyages on the North Sea under taken. In 2001 again replaced and sold to Le Fougueux foundation for restoration. 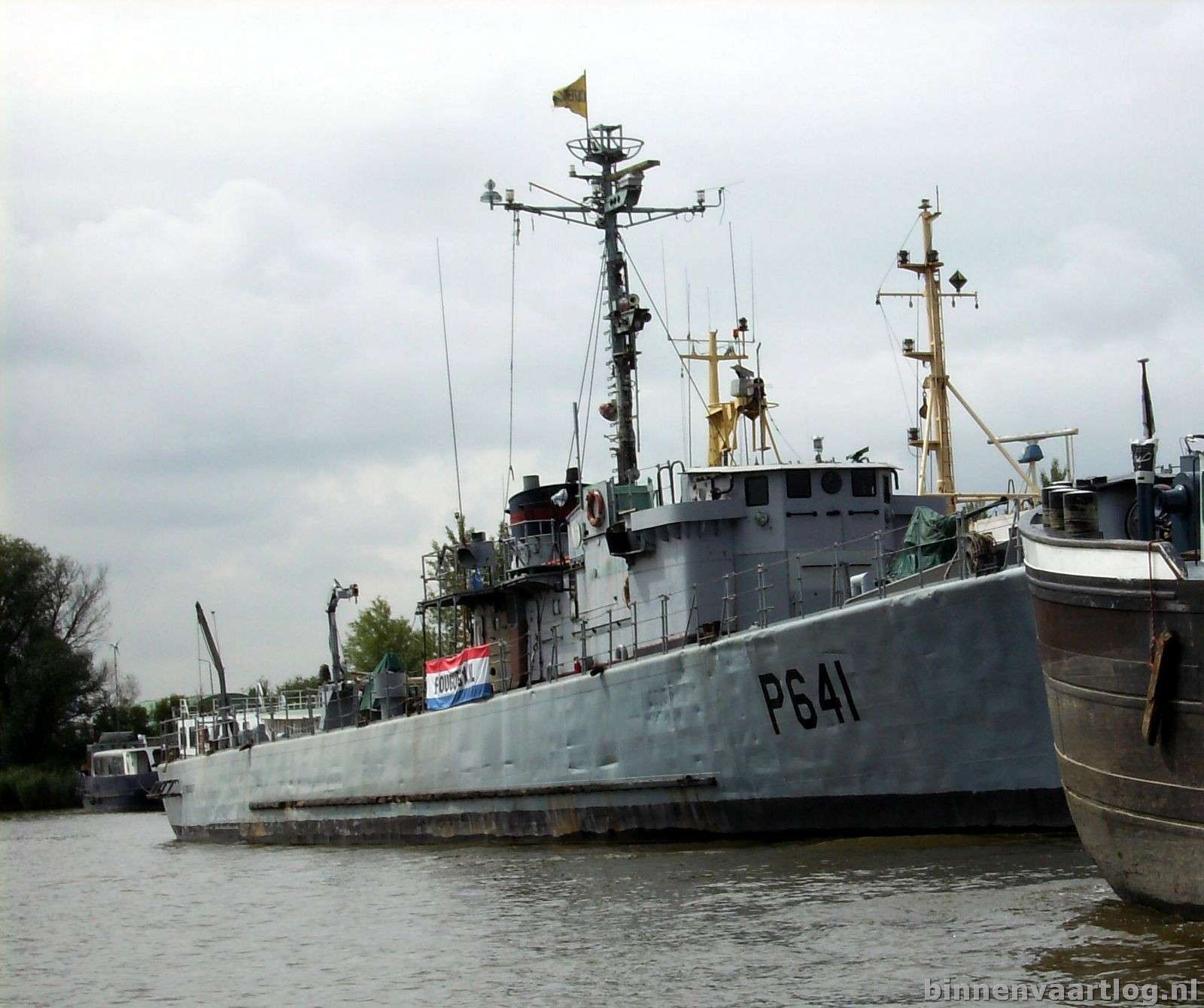